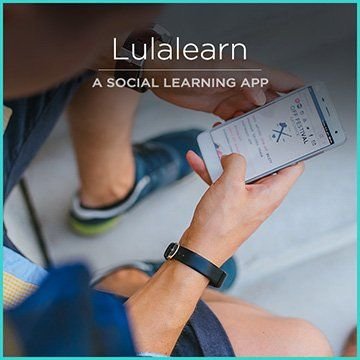 Brand Name and URL Name for a New Exciting App/Website

Another AWESOME Name submitted by Squadhelp creative: Sqye. Our creatives have helped over 25,000 businesses with their branding projects. Learn More at https://www.squadhelp.com

I am a bit confused here. Since this contest already has 4 five star ratings,wouldn’t you award the prize to one of those contestants over a “Best Entry” name that was never rated?

I thought, if a contest has 1 5star, obviously it goes to that person.

IF it had more than one 5 or just 4stars, that those would be considered along with any of OUR starred entry choices. The suggestion was for SH to pool any rated names and OUR starred entries together and vote on those.

I’m still debating whether I feel my names are even worthy of using a best entry against some rated 4’s in certain cases I would in others Nah ! ( I really have to believe it fits and is strong) , I think Annie 5’s are def under consideration starred or not but I would put a star next to one to drive home that this is the perfect name.
Songslurp I think in certain cases yes it should only be among the highest rated entries but I think other factors play into it such as how active was the CH ( @Dan Nice to have a feature that our entry was seen but unrated, would lead to less none contest specific comments ) Also how many names were Unrated vs Rated, was a domain bought after entered into that contest, etc…

@Janice @Dan the ratings suddenly changed here !!! in an odd way? lastly how does top trender get into onvite only contest?

I had a domain bought there which of course can’t be linked to CH so you may want to check your entries.

My thoughts on a fair system would be two have different categories based on the active was of the contest holder. Eg

Category 1 - over 75% of entries have been rated
On this Occassion, entries that fall into the highest rating band are considered. For example, 1000 entries submitted, 850 rated. 5 x 5* entries and 10 x 4* have been selected by the CH, only the 5* entries are review for a potential winner.
By making it 75% or more this give incentive to get involved in a Compeition early to give your self the best chance at being considered in the case the CH doesn’t pick a winner

Category 2 - under 75% of entries rated.
Those that have been rated and fall into the highest rating band are considered PLUS contestants have a chance to mark 2 Best Entries for unrated selections. For example, 1000 entries. 500 rated. 0x 5*, 20x 4*, 40x 3* entries have been rated. Only those 20. X 4* entries make it to be a possible winner PLUS the 500 entries that have no been rated, contestants can choose 2 Best entries to be reviewed along with the 20 x 4* entries.

When advertising a contest which the CH hasn’t nominated a winner for four weeks, advertise as a category 1 or Category 2 type review.

Is there anything I’m missing?